A cat's marble-like eyes are a fascinating sight to behold; however, if they're not perfectly symmetrical, it's enough to drive any cat parent a little cuckoo. Should you panic if you notice something different in your feline's enchanting gaze? Most likely not, but it's always better to err on the side of caution, even when pertaining to creatures with nine lives.

How The Cat's Pupils Normally Dilate

The cornea that covers the pupil is the point where light passes through the eyes and onto the retinal nerves, enabling vision. According to the intensity of the light, pupils get bigger or smaller. Cats have extra rods on their retinas, which give them their ability to see better in darkness. If you've ever noticed your cat's pupils expanding right before a big jump or major attack, that's to allow all possible light through the cornea, so it can be transformed into electrical signals the brain interprets and acts upon. A cat's eyes aren't just dazzling spectacles of light and color, they're precision instruments the animal needs for survival, even if the only jungle they occupy is your living room.

The dilation process isn't complete in one eye when a cat is dealing with anisocoria; thus, the two pupils will not be the same size. One may seem very much smaller or very much larger, but they definitely won't match. Initially, you may think you're seeing things, though after a closer inspection, it will become obvious that something doesn't coordinate between the two eyes.

The Possible Causes Of Mismatched Pupils

There are a number of situations that lead to this problem of the eyes in felines, but when it's a seemingly sudden case of anisocoria, you should immediately contact an animal hospital. Most of the time, mismatched pupils aren't an indication of a serious condition and the distortion can actually go away on its own, depending on the cause, which may or may not be any of the following:

Remedies for anisocoria range from simple drops to complex surgery if the underlying cause warrants action. Hopefully, your flirtatious or ferocious feline, whichever the case may be, won't need much of a medical boost to return to normal, but this eye imbalance needs to be checked out by a doctor, no matter what.

Your cat's eyes may be mesmerizing, spooky, or even a little crossed and goofy, but no matter what, you want to make sure those eyes are healthy. If you notice any anomaly or suspect something is amiss, make an appointment at your favorite animal hospital right away, where a prompt investigation will ensue. If it's anisocoria, the veterinarian will find out what's causing it and know what treatment(s), if any, are needed. Contact an animal hospital like Norwin Veterinary Hospital to learn more. 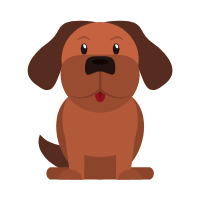 How much do you love your animals? If you are like most people, your animals may feel like members of your own family, which is why it can be hard when they start to struggle. However, by working with a great veterinarian, you may be able to tip the scales in your favor and prevent problems. Vets can carefully assess your animals general health and talk with you about what to expect down the road, which can help to prevent problems such as cancer, kennel cough, and preventable injuries like hematomas. Check out these posts for great tips on how to work with your vet.

Your dog can be very curious at times and may try …

A dog can certainly bring a lot of joy and enterta …

It can be difficult, as a pet owner, to care for a …

Read More
Hypoglycemia In Puppies: Is Your Pooch At Risk?
21 January 2022

There's nothing as sweet as a puppy. But sometimes …